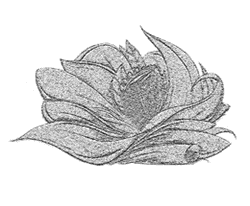 Forgive me my silence. Three deaths in three weeks affected me in a manner I didn’t expect. My world became frozen in time, though I physically went through the motions, did what I was supposed to do, and said what I was supposed to say, I was still frozen. You see the first death was my cousin, Robin. We had been close since I was born until my early twenties. He was the brother I always wanted because he tortured me, gave me insane advice, taught me how to ride horses, and was there until our lives took us down separate paths. Yet, when we saw each other or talked, we were still close.

Then as fate would have it, my mother died the morning of his funeral. And God knows, there is no closer connection than your mother. I had been expecting her death, more than once, but this time you could see death gripping her, moment by moment, and it was hard. The look in her 92-year-old eyes said she still wasn’t ready yet, but the Universe disagreed. It was calling her forth to be with our ancestors, to rejoin with my dad.

To no end it seemed, I received a text that my cousin’s husband had taken his leave, losing a battle with cancer she’d just found out about. He had known, keeping it a secret for months until the secret could no longer be held. Then I watched the devastation and heard the pain in my cousin’s voice as she had to face the loss of a man who loved her dearly. He was a good man who took care of her and whom she loved madly.

So forgive me my silence, my missed birthday and accomplishments shout outs. Forgive me, the late thank you cards and acknowledgments. Forgive the late returned phone calls and Facebook posts acknowledging the outpouring of your love. Time is finally beginning to move forward for me, it’s slowly coming back into focus. I have kept myself busy because my soul wanted nothing to do with the linear world. My words tell me, “it’s the passage of life.” My heart tells me, “it’s okay to mourn and feel frozen for those loved ones who have left.” Both are telling me the truth. But, what matters right now is to let each of you know that:

“I thank you for your love, your kind words, your flowers, your gifts, and your time. The time you took to call, to visit, to text, to post was heartfelt. I love you all, and May God Bless You.”

This is a text widget, which allows you to add text or HTML to your sidebar. You can use them to display text, links, images, HTML, or a combination of these. Edit them in the Widget section of the Customizer.
Loading Comments...
Comment
×
<span>%d</span> bloggers like this: