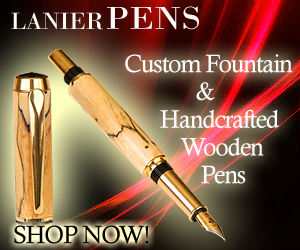 DREAMS THROWN AWAY (The Sperling Chronicles)

Dilsa Bailey has achieved a remarkable debut with this spicy work! Each of her characters, including the heroine, is flawed–and that makes for a very interesting group, and an exciting read. Drawing on resources she didn’t know she had, Kalina creates a life, and when forces gather to destroy that life, she simply creates a new one. The resilience and fortitude of this character, not to mention the “heroes” and their flaws, transform the novel from a typical romance into something much more engaging. I hear a sequel is in the works, and I’ll be buying it immediately!

Kalina Denise Harris has dreams of meeting a wealthy man who will sweep her off her feet. This seems to be the fantasy-fairytale dream for most single young women. In the opening chapter, “word is our bond” was a valuable lesson taught between father and daughter’s morning talk. Sometimes, we are willing to throw our own dreams and happiness away to please someone else to make them happy. The once happy, perfect home clashes before Kalina’s eyes, and discovers her only friend, Mandy, married and pregnant. She was hoping her only friend would also go to college too. Later, she has nowhere but to her aunt’s house in Philadelphia. This situation didn’t last very long. No longer a country girl with a drawl, has to learn the streets and runs into people who knew her mother and aunt–small world. Her naïve upbringing surely changes after two years of being under the household of Jordan living with his six grandsons by his son, Billy.

This debut novel is a splendid read, beautifully written and delicately told with such horrid incidents flash on the pages once an adulterous affair goes berserk leaving the seventeen-year-old Kalina in a hopeless state. Dreams shattered in a tickling of an eye. Moreover, this story had twists and turns and tragic events I was not looking to bump into. The author also wrote a story that wasn’t predictable and hoped for a meaningful ending. I hope this author writes more entertaining and edgy stories because she has a fan!

Lesson: Be careful what you do to others, for you will reap what you sow.

Kalina Denise Harris is the daughter of a preacher. She’s sheltered and lives in a small town where everybody knows everybody. She can’t wait to graduate and head off to college. While preparing, tragedy strikes and her dreams are put on hold. Will she be able to put her life back together and proceed with her dreams?

Dilsa Saunders Bailey takes you on a journey of a sheltered young lady forced to grow up fast. The character development allows you to get a feel the individual’s personalities. The twists and turns keep you on edge. The ending leaves you wanting more! ljh

DREAMS THROWN AWAY by Dilsa Saunders Bailey tells the tale of Kali, a young woman forced to grow up too soon. Kali looses her world and what is familiar to her and is forced into an unfamiliar jungle of a world and asked to adapt overnight. The world Kali imagined would be hers one day crashes and breaks into a million pieces and she is left trying to piece together a new life, in a new city with virtual strangers. With each turn of the page, the reader takes the journey with Kali as she fights to clear the hurdles in her path and mold the life she is now forced to call her own.

DREAMS THROWN AWAY is a coming of age story. The great character development allows the reader a glimpse into the lives of the players that bring the deceit, love, lust, heartache and damage into the live of Kali. The colorful hosts of characters intricately weave together the fairytale gone wrong. Kali is a believable character that you will root for from the beginning.

This is an extraordinary work for her first time out of the gates. Dilsa Saunders Bailey breathes life into the characters on the pages and makes them jump from the pages with your ability to identify with their struggles, grief, pain and journey to discover how to truly love. A definite page turner that will have you wanting more. 5 out of 5 stars.

In Dreams Thrown Away, Dilsa Saunders Bailey introduced us to Kali and the Sperling men, and this sequel starts us in an unexpected place. In the middle of Colorado, a man who is beaten within a few inches of his death is found and nursed back to health. This man does not remember his identity or anything else about his life before Colorado. After meeting a “random” man at a store and following his instinct, this mystery man finds his way to New York City.

Kali begins to see this strange, homeless looking man around her kids and justifiably she is terrified for their safety. Her brothers in law (the Sperling men) seem to not think that this man is not a threat and puts him on their payroll. Kali becomes suspicious why the men seem to be so comfortable around this stranger and the more and more she really looks at him she begins to wonder if he could be her presumed dead husband, Ashton.

Split Images is mainly about vengeance and revenge and it is a rather dark read and makes you wonder to what lengths you would go to get your family back. Despite, it primarily being a dark read as mentioned previously, overall, it is a love story. Once again, Dilsa Saunders Bailey knocks it out of the park!

The Sperling men are very mysterious. Split Images take you on another journey of scandals. It started out a little slow. Once it picks up, you find yourself

A young boy disobeys his grandfather and leaves the house. While out, he comes across a body hanging from a tree. The body was removed and later discovered the individual was still living, barely. The man was nursed back to health. The new question now is “who is this man?” second-guessing yourself. Dilsa Saunders Bailey does it again. ljh

The Sperlings are back and up to their usual scandals. “Split Images” opens up grabbing the reader’s attention and throwing you right back on the roller coaster that you were on with “Dreams Thrown Away.”

Now it seems as though Kalli has her Happy Ever After. That is until a stranger is introduced and turns everything all around. Ashton has changed and isn’t the family man Kalli has grown to love and the stranger has a special bond that no one can really explain. Something just isn’t right but in typical Sperling fashion, the truth is uncovered.

I give “Split Images” a 5. The roller coaster ride this book takes you on will have you begging for more and I can’t wait to see what happens next!

NO TEARS FOR DEAD MEN (The Sperling Chronicles 3)

This is the third book in the series that l have read by this author and l was not disappointed. The Sperlings continued to take me on a suspenseful ride. A new character was introduced and he was more than enough for this family. Kali continued to be the strong force in the family of the Sperlings. I feel that if l say anything about the book, if one has read the former two, l will give something away. Some questions are answered and looks like there may be room for a continuation of this family. I would welcome this because its hard to get enough of this handsome family. What fascinated me about the characters, is that you get to know them and they seem so real. I would go out and expect to see Kali or Ashton at the mall. It has a surreal quality that l haven’t felt in a book before. This book is good reading by anyone’s standards. I read it on a dreary rainy day and l didn’t want it to end. Give us more Sperlings, Ms Bailey.

Just when I thought the drama couldn’t escalate it does. The series as a whole enticing, mind-blowing, and rollercoaster ride. If you like a good story line, with characters you will either love or hate then this is the series for you. It’s well written and definitely will give you a book hangover. Looking forward to reading more. I wasn’t ready for the story to end. I need and want more from the Sperlings.